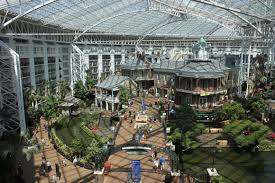 The Global Tape Forum (GTF), the international body comprising regional and national organisations that addresses key issues of the adhesive tape industry, met on 2 May 2014 in Nashville, Tennessee (USA).  Held biennially, the only purely global adhesive tape event was hosted by the Pressure Sensitive Tape Council during its annual Tape Summit at the Gaylord Opryland Resort & Convention Centre.

The GTF includes the Global Test Methods Committee (GTMC), the worldwide adhesive tape technical body, which met the day before at the same location.  The Meetings were attended by 5 of the 6 current GTF/GTMC members:

The GTF and GTMC Meetings together made progress in structuring the practises of the 5-year-old international adhesive tape forum.  Most significantly, the Member Associations followed through on their pledge to work closely to develop and harmonise adhesive tape test methods (TM) under the GTF umbrella.

The first TM which is set for release with the GTF quality label is Thickness.  This will be followed by Width & Length, which is under review, and Loop Tack, which is still under development.  GTF Members also pledged to develop a refined process for identifying and harmonising new TMs.

PSTC is leading an initiative to develop Measurement Uncertainty using data collected for SAFT testing to develop a statistical model.  This will also be used for other TMs to explain to customers the data measured by the originator.

GTF Members provide data annually on total adhesive tape production in their respective regions/countries.  (The data is reported each November for the previous calendar year.)  It was established that the Members, who account for the majority of global tape production, produced approximately 34 billion square metres of tape in 2012.

In addition to the sharing of data, GTF Members agreed that the incoming Secretariat General will produce a newsletter with other pertinent industry facts and information that can be used as a bridge between the regions/countries between biennial Meetings.  Afera’s Astrid Lejeune, who will continue to serve as Webmaster, will explore the possible use of web banners as a means of revenue for the Association.

Former Afera Steering Committee Member Mike Ayres, who has led the GTF since its inception in 2009, opened and transitioned the fourth Meeting to the new Chairman, PSTC’s Kiran Malhotra, who will serve a two-year term.  Ms. Lejeune, who has served as Secretariat General since 2009, handed the reigns over to PSTC, who will take up the position to support the current Chairman.

JATMA, the Japanese Adhesive Tape Manufacturers Association, which was set to host the 7th edition of the GTF and Global Test Methods Committee Meetings on 10-12 November 2021 at the Osaka International Convention Centre, has postponed the event until further notice.

Creating the GTF Afera SC Strategy Subgroup Member Mike Ayres of Advance Tapes (U.K.) has been leading the Global Tape Forum (GTF) project for the last 2 years. At Afera’s recent Stockholm Conference, he explained that the GTF’s second meeting took place on 6 October, and that he was happy to report that the GTF was firmly off and running.